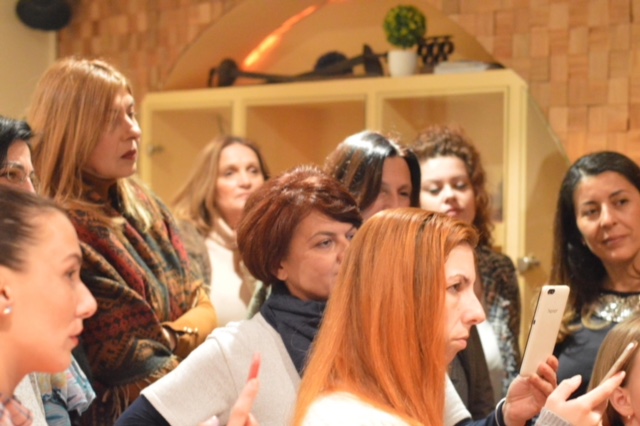 “I am grateful to this veteran tree for offering us with delicious olives for generations, so honoured to have been born next to it and lived in this old town. We always experienced a peculiar beauty at the point of olives falling under the tree and even at the shadow of decay all around it”, Nela Dabanovic said holding the pale, yet strong branch of a 2000 years old Olive tree.

Montenegro’s a recent fascination for seasoned travellers, so it was exciting to think about opening a restaurant in this region as suggested by Rasa’s well wisher Ashok. Taking a flight from London’s Stansted airport on the coldest morning for long time and landing in eastern Europe felt exactly same. Snow covered Montenegro was still a beautiful view, warm and simple people made the country feel so special. We drove past the capital city Podgorica into the countryside, surrounded by spectacular line of mountains and we entered the Adriatic motorway and into Sozina tunnel (4.2 km) which shortened the journey to our destination city called Bar, closer to port town Budva. As we approached the other end of the tunnel, we saw the gorgeous Lake Skadar under the clear blue sky, the largest lake in the Balkam Peninsula which’s spread all across Montenegro. Very shortly we could feel the coastline opening up and expanding into vast ocean on our right. Whilst enjoying the magic harmony of the lake, mountain and the sea, Nela’s car stopped right outside Caffe and Restaurant BB, our location for the evening programme where they serve typical Montenegrin cuisine.

More than opening a curry house in this new tourist destination, my first pursuit was to find a meal that could be closer to anything spicy, and if possible vegetarian (many people haven’t heard of a complete veggie meal!). A cooking demo was already planned to get a local feedback and I took many of my favourite ingredients with me, however I found most of them in the local markets later. Evening session turned out to be more than food, Indian culture as a whole was discussed, people were overwhelmed at the emotional and spiritual presence in Indian flavours. They couldn’t believe the versatile nature of Indian cooking and innumerable stories connected with food, especially memories of mother’s special dishes. We were zealously welcomed by restaurant owner and his team, their excitement was obvious as the spices and herbs came out of the suitcase and spread its aroma across the dining area. With the assistance of their kitchen crew, we created an atmosphere of a small Indian home kitchen at the back area, all preparations for making 6 dishes was done and we were ready to greet a group of local people who have never tasted Indian food in their life.

We began the evening by sharing timeless stories of spices and the importance of knowing your ingredients before cooking, an emotional connection to get their purified essence and sublime flavours. They had Curious questions and expressed a deep felt love for India with out even seeing it real, it was such a proud occasion when you realise India’s culture and food was well respected in a far away place where our food’s not seen anywhere in this region.

A fabulous evening of cooking progressed well around nice people, conversations continued as we sat down to eat, their positive response to flavours was fulfilling for the effort. One of the guests who had visited India once commented, “there’s something spiritual about this food and I could relate to it”. We met next day morning to say good bye to our host Captain Ljubo, same time Nela made an unforgettable comment, “there was only few nights in my life when I couldn’t sleep because of happy emotions and yesterday’s Indian night was one of those”.